The Vision Council is working to educate consumers on the eye risks from exposure to the sun's ultraviolet (UV) rays by continuously pitching its key findings from the most recent UV-focused VisionWatch survey to health and lifestyle media outlets nationwide. As part of its pitching efforts, The Vision Council also provides media with information surrounding commonly asked UV-related questions, as well as how to kick start individuals' UV protection habits.

Due to its efforts, The Vision Council garnered more than 1.2 billion online, social media and broadcast consumer media impressions for National Sunglasses Day, with one of the official campaign hashtags #NationalSunglassesDay trending on Twitter on June 27.

The Vision Council distributed a press release via PR Newswire on June 24, while aggressively pitching social media editors at key outlets, encouraging social media coverage of the campaign using the official hashtags #NationalSunglassesDay and #SunglassSelfie. As a result, The Vision Council has garnered impressions via the Instagram and Twitter pages of Salma Hayek, Kathie Lee Gifford, The Ellen Show, Bethenny Frankel and the U.S. Secret Service, among many others, resulting in more than 800 million impressions. 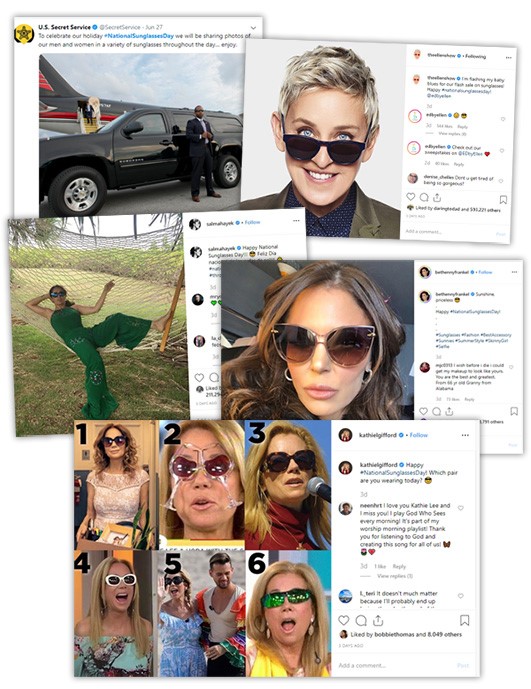 This year The Vision Council partnered with celebrity fashion stylist and television personality Brad Goreski to host a series of interviews to share National Sunglasses Day messaging to consumers. The media tour—which resulted in ~23 live and live-to-tape TV and radio interviews—was strategically filmed on June 19, one week prior to National Sunglasses Day, to allow stations more time to prepare their segments leading up to June 27. The media tour has secured 111 placements, resulting in more than 186 million broadcast and online impressions on outlets like “Access Hollywood” and “The Daily Buzz” among many others. As part of The Vision Council’s partnership with Brad, he also published a sponsored Instagram post for the occasion. 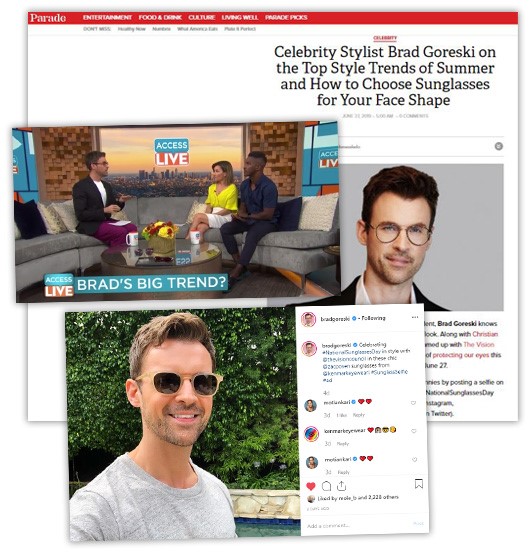 Through The Vision Council’s pitching efforts, National Sunglasses Day was covered via renowned web outlets including golfdigest.com, yahoo.com, parade.com, elitedaily.com and hollywoodlife.com, among many others, resulting in 223 million impressions. 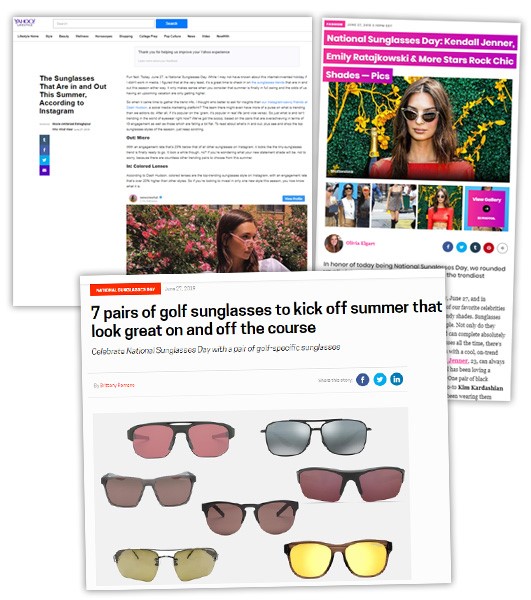 The Vision Council encouraged the industry at large to promote National Sunglasses Day. Organizations like Maui Jim, Shwood, MODO, Europa, WestGroupe and TURA among many others, offered exclusive online sales incentives, hosted giveaways and more for the commemorative date. Additionally, Optic Nerve, sponsor of the Colorado Rockies, held an interactive event at the field on June 27, and wished the entire stadium a happy National Sunglasses Day on the field sign along with an announcement encouraging game attendees to share an image on social media using the day’s official hashtags. 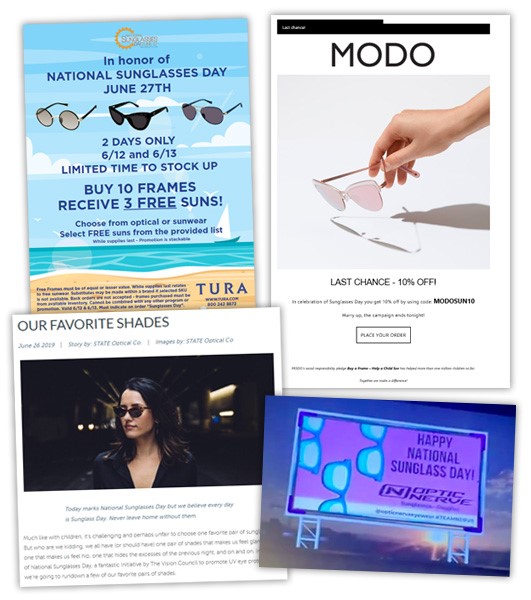