The Vision Council’s campaign to educate consumers about the variety of lens options and available treatments has grown to include the effects of digital screens and devices on eye health. Public relations, special events and consumer media reports are used to generate awareness and drive purchase intent.

The Vision Council works to educate consumers about digital eye strain and the eyewear and lens treatment options available to help alleviate symptoms associated with device usage, glare and other related stressors.

Digital eye strain, a term coined by The Vision Council after extensive research, refers to the eye fatigue that has become increasingly prevalent with the wide spread use of digital devices. In keeping up with the concern for this stress and fatigue as well as other symptoms experienced by the general consumer - usually after two or more hours of digital device use – The Vision Council works to educate consumers and members of the press about the impact of digital device use on vision health and the benefits of the latest lens technologies.

The Vision Council capitalized on the Consumer Electronics Show in January to distribute a PR Newswire press release sharing key statistics from the digital eye strain VisionWatch survey, plus top-level digital eye strain messaging, on opening day of the conference. The release was picked up by 175 media outlets—notably Markets Insider, Washington Business Journal and San Francisco Business Times, among others—reaching an audience of more than 9.5 million. 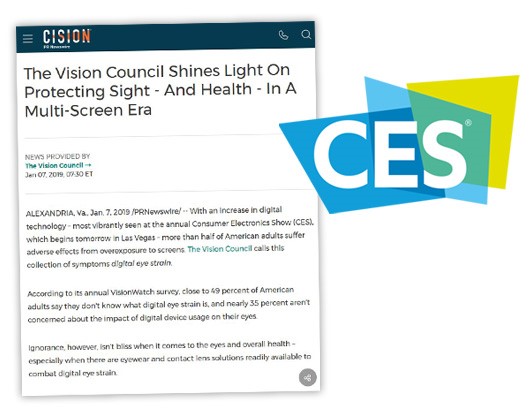 The Vision Council partnered with SWNS—a news content creation platform—in February to generate an editorial-like story centered on the concept of "Workaholics," discussing the effects of over-working and overuse of digital device usage on the eyes and body. The story not only incorporated key statistics from the digital eye strain VisionWatch survey, but also supporting research from a customized OnePoll survey. The story was picked up by 76 outlets—notably Yahoo.com, NYPost.com and MSN.com, among others—garnering more than 428 million impressions. 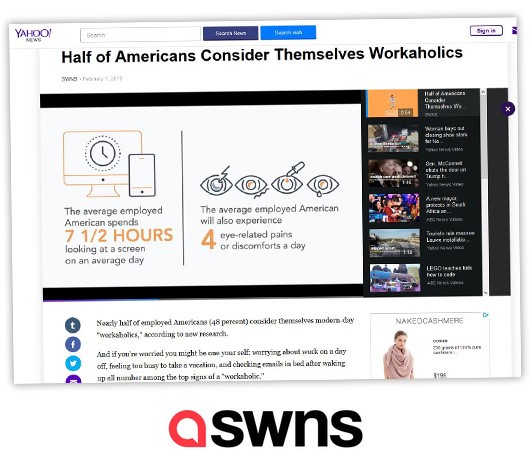 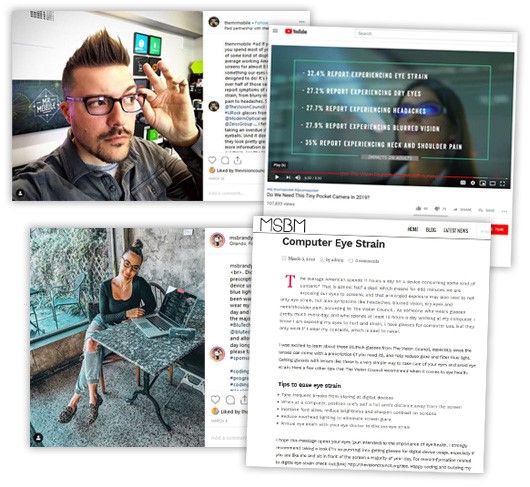 The Vision Council hosted a Healthy Vision Month media tour in early May, spreading general eye health tips, digital eye strain messaging and eyewear fashion trends. The series of broadcast interviews with optometrist and medical adviser Dr. Justin Bazan and CEO of The Vision Council Ashley Mills were filmed during the second week of May and are airing throughout the month. Resulting in 22 live and live-to-tape radio and TV interviews that have aired thus far, as well as an Audio News Release, the media tour has garnered more than 11.4 million impressions and counting. A sample segment from “Coast Live” is available via YouTube. 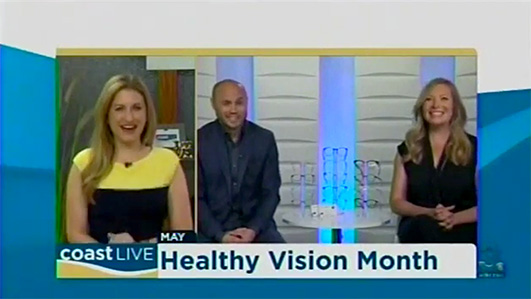